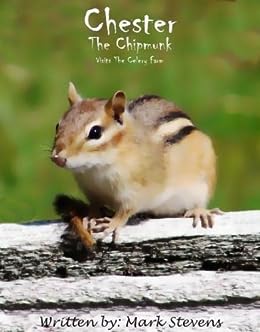 Mud season has arrived! BC is taking advantage of the longer days and disappears when it is time to go to her "suite" for the night. The hens are laying again - big beautiful eggs.

We receive between three and four a day. Good girls! All of the critters, including Red and the Guineas, are outside most of the day pecking away and enjoying the sun. They are adventuring farther away from the barn now that there is some grass exposed. Early beehives, such as the skep, were not designed for long term use.

The honey could not be extracted without destroying the hive and therefore the colony. The system only worked if the colony produced enough bees to create a swarm, which would be caught and go on to provide honey in the following year.


Otherwise, each year a new swarm of bees had to be caught. There was a desperate need for a way of keeping the same colony of bees year after year so that more honey could be produced and the apiary expanded. Lorenzo Langstroth was an American apiarist, clergyman and teacher and considered to be the father of American beekeeping. He created the modern day Langstroth hive. In , Lorenzo Langstroth discovered that bees would keep a 'bee sized' pathway clear within a hive if it was between 6 and 8 mm wide.

He named the discovery ' spazio di ape ' or 'bee space' in English. This discovery was important because it led to the development of hives with movable frames of comb.

Get e-book Chester The Chipmunk Visits The Celery Farm

This allowed beekeepers to remove comb and honey without destroying the hive. It also enabled the beekeeper to start manipulating the colony; helping it develop and grow. This discovery is often cited as the start of modern beekeeping. This was done to give space for Holly to release the Queen into the hive. The larger space allows the queen cage to be incorporated into the hive. The garden is still snow covered. Imagine all of the activity that takes place beneath the snow! Hopefully, this will be the last photo showing snow falling over the gardens for ! From foreground to back ground is the Peace Garden, raised beds, arc garden and honey house along the tree line.

The snowdrop plant is perhaps the first to appear above the snow with its green leaves and dainty white bell-shaped blossoms. Dutchman's breeches is a true spring woodland ephemeral species, flowering early in the spring when sunlight hits the woodland floor before the canopy of trees fills in. This is also an ideal time for the first emerging bumblebees to find nectar on the flowers. In fact, the flower structure and mechanism by which it is pollinated indicate that it is adapted for bumblebees, which can separate the outer and inner petals of the flower.

They use their front legs to expose the stigma, stamen, and anthers. Shortly afterwards, they will sweep pollen in a forward stroke by using their middle legs, before leaving the flower to return to the colony with the pollen. The leaves and flower stems die back in late spring after the seed has ripened, and the bulblets miniature tubers remain dormant through summer. In late fall, starch in the bulblets is converted to sugar, and the beginnings of the next spring's leaves and flowers develop below ground.

The flowers lack fragrance. Dutchman's breeches was likely introduced to cultivation in England when Philip Miller introduced it to the Chelsea Physic Garden. The species was, however, not mentioned in American horticultural literature until the early 19 century. Native Americans and early white practitioners considered this plant useful for syphilis, skin conditions and as a blood purifier.

Dutchman's breeches contains several alkaloids that may have effects on the brain and heart. However, the plant may be toxic and cause dermatitis in some people. Temperatures for February ranged from minus zero without the wind chill factored in to a high of 49 degrees. The month had five days in the forties! Precipitation alternated between rain, freezing rain and snow. Despite the rain and warm temperatures two feet of snow accumulated during the month! Friends gathered at Mercy Farm for a weekend of shoe shoeing, drumming, relaxing and sharing an evening meal with old friends.

It was also the site for a week long private retreat. With the ups and downs of the thermometer, Bailey and Dexter have been in and out of the barn and sometimes they just stand in the door way wondering whether to stay in or venture out. The paddocks were full of snow so a stroll about would not be a lot of fun for them especially when the eatables were buried beneath the snow.

However, of late the hill in the paddock got enough sun to melt the snow and once they spotted green they were "hot to trot".

Bailey and Dexter seem to delight with the cold weather as their thick winter coats keep them toasty and cozy. It appears that with the longer days the animals know that warmer weather and spring cannot be too far away. As long as the paths leading to the barn are clear of snow Red and his contingency are out walking the paths in search of whatever may be found beneath the thawing ground. Recently, the Guineas discovered that the drive way and edging along it along it were clear of snow.

They gleefully ran down from the barn chanting "yeah, another food source! On warm days, Norma fills their pail with water and each duck takes a turn for splash time. Big, bushy BC is out every day walking delicately through the snow pausing only long enough to shake the snow from her paws. The hens began laying two eggs a day about three weeks ago and as the days get longer, brighter and warmer the egg production will increase. As the nights became colder, the Araucana that insisted on sleeping up on the rafters had a change of heart and moved into the coop with Red and the hens.

Even though the animals seem overjoyed with "fresh" delights they are all amply provided with grain as well as sunflower seeds as a treat. Bailey and Dexter get their share of hay, alfalfa and vegetable "scraps".


All of the animals enjoy the fresh air, beautiful winter scenery and seeing the staff and guests out in the yard. The staff has a great affinity for all creatures great and small that call Mercy Farm home. Throughout winter even though the honey bees are not obvious it is hoped that they will survive winter challenges and will soon be darting in and out of the hive carrying pollen and nectar from the early wild flowers back to the Queen, workers and drones.

While we wait, a bit of bee history might be of interest. The honey bee is a highly sophisticated insect that has evolved over millions of years. The earliest recorded bee was found in Myanmar also known as Burma encased in amber and has been dated as million years old. It's likely that the bee originated in the Far East. In those early days, the bees were more like wasps, eating other insects rather than nectar and pollen. It's unclear exactly when bees decided to become vegetarian but the choice between eating a fly or delicious tasting nectar from a cherry tree in full bloom, seemed to be the better choice.

Today bees live all over the world and there are approximately 20, species. These range from the giant leaf eating bee, which is over an inch long to the tiny dwarf bee which is just 0. The honey bee is just one of these species. Most bees do not live in colonies, preferring a more solitary existence.

Bumblebees, for example live in burrows in the ground. Crop pollination scientists believe that bees are responsible for the rich flower diversity we enjoy today. The bees drink the nectar and transport it in a special stomach back to the hive to share with the Queen, and also to feed the hive bees and the larvae which will become the new bees. All is quiet in the Memorial Garden except the chimes when tickled by a breeze. Below the mulch and several inches of soil there is a lot of activity.

These layers protect the plant roots, animals and microbes from freezing and the latter returns nutrients to the soil. By now, the vegetable seeds and growing soil have arrived, the seed trays have been prepared for planting and the basement of Mercy Farm has been set up to handle all of the trays that will seeded.

We are all ready to plant now - but it is too early. Oh, will April ever get here! It is the most common wild rose in Ireland and is also known as sweet briar, birar rose, witches' briar or hip rose.

It is a deciduous shrub normally ranging in height from 3' to 16'. The leaves are pinnate, with leaflets and when rubbed have a sweet scent. The flowers are usually pale pink, but can vary between a deep pink and white. They open from June to July and have a light scent attracting bees, butterflies and other insects. The egg-shaped fruits hips grow from October to November and are a very important food source for birds during winter.

The plant is high in certain antioxidants.


The fruit is noted for its high level of vitamin C, and is used to make syrup, tea, and marmalade. In Bulgaria the hips are used to make a sweet wine as well as tea.

The wind chill plummeted single digit temps to well below zero. The early days of January saw rain, freezing rain and sheet. The last day of January began at minus 5 with a wind chill of minus 21! What will February bring? 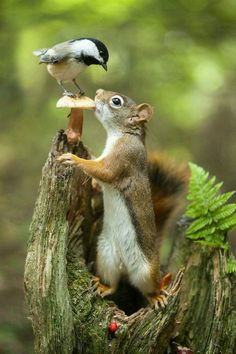 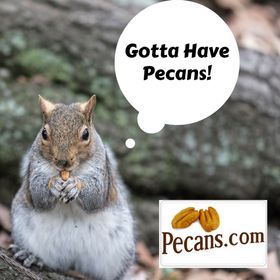 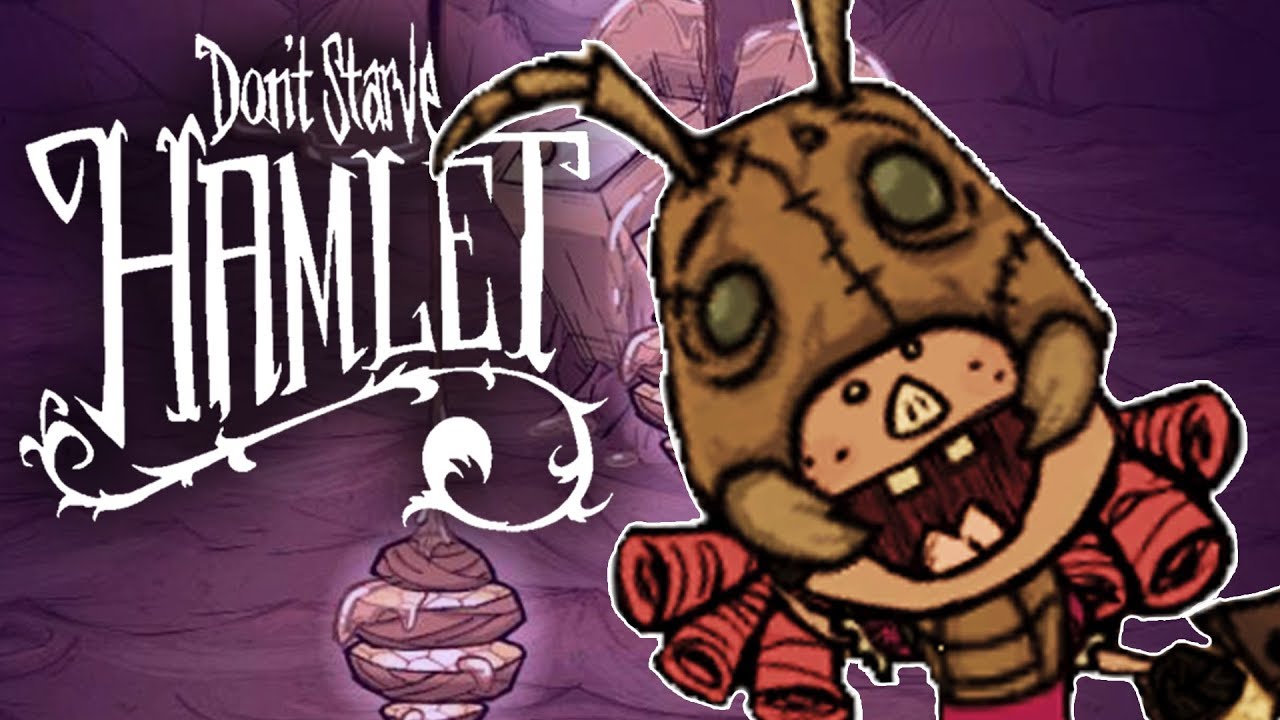